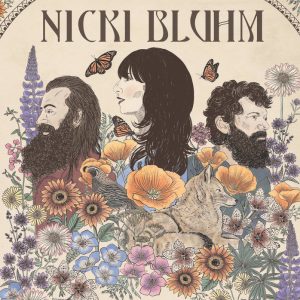 After spending the last six years as lead singer and front person of Nicki Bluhm and the Gramblers, as well as recent high-profile collaborations and performances with the likes of Phil Lesh, Ryan Adams, and The Infamous Stringdusters, Nicki Bluhm is stepping out on her own with her new album, TO RISE YOU GOTTA FALL.

The album is a chronicle of Bluhm’s state of mind following both a divorce and a separation from the only band she had ever known.  Said Bluhm, “These songs are quite personal. They are the conversations I never got to have, the words I never had the chance to say, and the catharsis I wouldn’t have survived without.”

Bluhm made a decision to challenge herself—to leave all her old working relationships and routines behind for a fresh start.

“I had lost my partner and all of a sudden I was left on my own, to rev my own engine,” she said. “It was really intimidating and scary but I had support from my management, my agent, my friends and family, and ultimately I just had this guttural drive that I didn’t even know I had in me. I was on autopilot, ready to move forward and take the steps I had to take to keep moving. When the album finally comes out it’s going to be like setting a caged bird free.”

Nicki Bluhm, newly inspired songwriter and solo artist, is enjoying Nashville, her new band, and the challenge of establishing herself on her own.