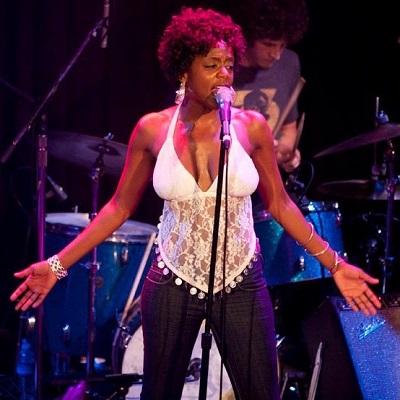 Niki J Crawford and her band bring the heat with a high energy soul get down.  After a short break following her latest tour, Niki is back with a new band, new songs, a new album, and a new show.

Niki is an American Recording Artist/Songwriter from the small country town of Springhill, Louisiana with a powerful, unforgettable and melodic voice. The singer/song writer crafts poignant lyrics and creates music with a Soul-Funk-R&B sound that you can feel.

Niki has been singing since she was 6-years-old. From her roots as the lead soloist in her hometown church choir to the recently completed touring, her talent has continued to evolve as one of the strongest voices in music.

Niki and the band have shared the stage and have played with Carlos Santana, Snoop Dogg, Al Green, Sharon Jones & the Dap Kings, Aaron Neville, Macy Grey, Booker T Jones, The Roots, Chicano Batman, Galactic and Orgone just to name a few of the legendary performers who have sought out her talent.