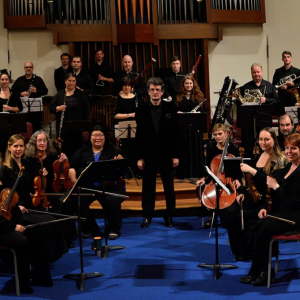 The pieces presented in this concert not only embrace ECHO’s ability to collaborate, but transcend the composers’ origins of influence and inspiration as ECHO presents them in an intimate chamber setting.

The audience will be transported to the Czech Republic with Antonin Dvorak’s Czech Suite in D Major, a five-movement work based on Czech folk dances.

America is next with The Long Way, by Kevin Gordon, a San Francisco-based composer and bassist. His work is an energetic piece based on an improvisatory melody and has been developed and expanded for ECHO.

The concert concludes in Argentina, with Astor Piazzolla’s Tango Suite for Harp and Orchestra featuring harpist Anna Maria Mendieta, a busy soloist, orchestral performer, and innovator of the marriage of harp and tango. These tangos, all arranged by personal friends of Piazzolla, including Grammy Award winners Pablo Ziegler, Jorge Calandrelli, and Daniel Binelli, were created specifically for Anna Maria; they shed new light on the genre, with jazz, modern, and classical music influences. 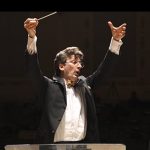 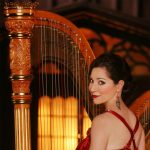 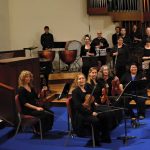