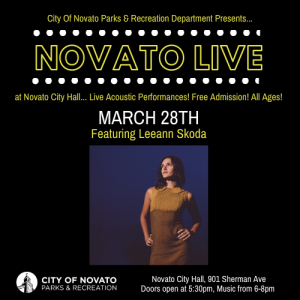 Phoenix, Arizona native Leeann Skoda moved to Los Angeles in 2012 and quickly found herself part of a vibrant roots music scene. A few years later she was the winner of the Topanga Folk Festival singing award in and was featured on Record Store Day’s Like A Drunk in a Midnight Choir tribute album to Leonard Cohen. She has toured the country with musical collaborators and on her own in addition to playing hundreds of shows across Southern California. Her first full-length album Call Me Back Home was recorded in Long Beach, CA and released under BIG EGO Records in 2018.