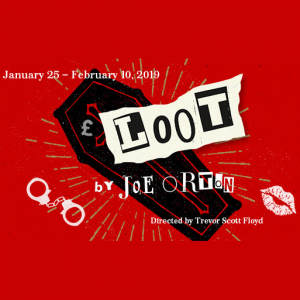 Heavily censored by the Lord’s Chamberlain when it first premiered in 1965 but now presented in its original form, Loot is an epic farce that navigates sexual politics, catholic guilt, beatings from the police, and an unruly corpse, all in the name of money!

Hal and Dennis, two young robbers and ne’er-do-wells of British society, attempt to conceal their latest triumph from Hal’s deeply devout and obedient father, the nun tending to him, and the corrupt police officer Truscott, in the middle of the funeral proceedings for Hal’s recently and suddenly deceased mother…

NTC was recently praised by the Marin IJ for producing three of 2018’s ten best plays.

Tickets and subscriptions to the entire season are available online and by email. 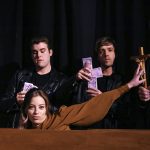