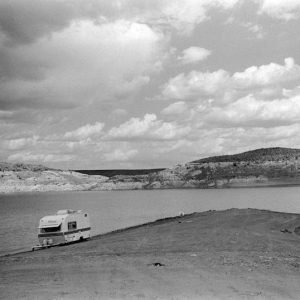 Sarah Shepard Gallery presents the exhibition Peter Kayafas + Paul McDonough ‘The Spirit of America’. The photographs in this exhibition were made across six decades and a dozen states.

Paul McDonough, a friend and contemporary of such notable photographers as Garry Winogrand and Lee Friedlander, made most of his pictures on the streets of New York City, his adopted home, and on summer travels, when on break from teaching at the Pratt Institute in NY. McDonough’s pictures are marked by strong compositions- usually of groups of people engaged in some interaction- and a gentle demeanor. McDonough’s affection for people is clear in his work.

Peter Kayafas’s pictures are slightly less rose-colored; their edge is a little tougher and their view of America more circumspect. But his is also an America we know with signs of religiosity and open roads in equal measure. Kayafas, the son of a printer, grew up making pictures while criss-crossing the country with his Leica camera while still a teenager. Almost 30 years later, that modes operandi remains the same. 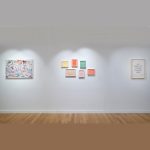