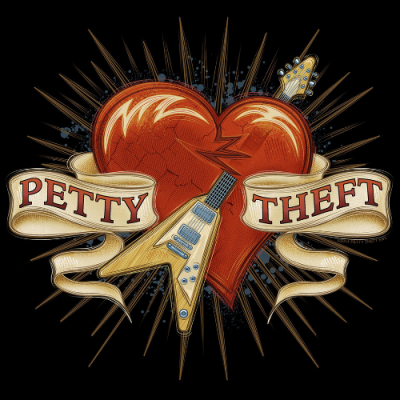 At the forefront of classic and contemporary American Rock and Roll you are sure to find Tom Petty and the Heartbreakers. If you love Tom Petty’s music, then you will love PETTY THEFT!

Petty Theft is comprised of six professional Bay Area musicians that have come together to pay tribute to Tom Petty and the Heartbreakers. Petty Theft delivers Petty’s songs true to the originals and in the spirit of his legendary band’s live shows, performing everything from his revered classics to his most current hits. When performed by Petty Theft, it sounds like you are hearing the real deal!

Adam “bagel” Berkowitz – Drums: Besides his infectious groove, Adam is a performer you can’t help but watch as he works that kit!

Dan Durkin – Lead vocals, Guitars & Harmonica: Dan is a consummate lead singer and front-man. His left-handed/upside-down guitar playing fascinates audiences and has other guitarists scratching their heads wondering how the heck he does that.

Django Bayless – Bass & Vocals: Django solidifies the rhythm section with his steady bass playing and anchors the vocals with his pristine high harmonies.

Mike Emerson – Keyboards: Mike’s Hammond B3 and piano stylings can be heard on many independent recordings (Jessica Will, Brigitte Demeyer and on James Armstrong’s latest release on Hightone Records, “Got it Goin’ On”.

Michael Papenburg – Guitar: Michael loves playing slide guitar and has been a fan of Tom Petty since he bought “Breakdown” on 45 when it was first released. 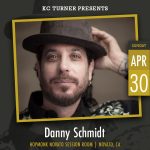