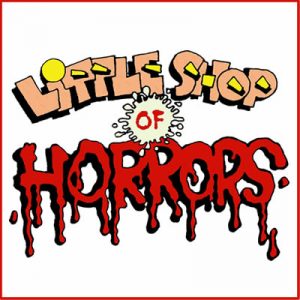 Come see this version of the classic musical horror story with a twist!

A deviously delicious Broadway and Hollywood sci-fi smash musical, Little Shop Of Horrors has devoured the hearts of theatre goers for over 30 years.

The meek floral assistant Seymour Krelborn stumbles across a new breed of plant he names “Audrey II” – after his coworker crush.

This foul-mouthed, R&B-singing carnivore promises unending fame and fortune to the down and out Krelborn as long as he keeps feeding it, BLOOD. Over time, though, Seymour discovers Audrey II’s out of this world origins and intent towards global domination!

Howard Ashman and Alan Menken (Disney’s The Little Mermaid, Beauty And The Beast, and Aladdin) are the creative geniuses behind what has become one of the most popular shows in the world.

Pied Piper Productions has enhanced this show with the following:  “We have added a few numbers to the show and instead of the boring ending;  we changed it to the kids becoming Zombies and doing the thriller dance with the smoke as the plants take over the world at the end of the show so it’s SUPER fun.” 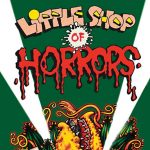