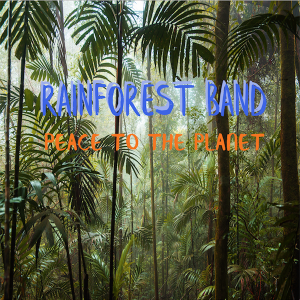 In 1990 keyboardist and composer Merl Saunders had a vision. While visiting with a friend who had just returned from the Amazon, Merl saw heartbreaking photos of the destruction happening in the rainforest and knew that he had to act.

Believing that artists and musicians have a responsibility to be spokespeople and raise their voices for the good of the planet, Merl wanted to use his talent and his community to spread the word about a global issue that was very close to his heart and that affects us all. Assembling a group of musicians that included Grateful Dead front man Jerry Garcia, Merl and his friends created a new genre of music that he dubbed “environmental earth music,” and Blues From the Rainforest – A Musical Suite was created.

To celebrate the 30th anniversary of Merl & Jerry’s effort, Merl’s son bassist Tony Saunders is taking the mission to a new level through contemporary jazz. Following in his father’s footsteps, Tony called upon his longtime musical partners, guitarist Vernon “Ice” Black and gospel keyboardist Sylvester Burks to create a new suite of songs dedicated to the rainforest.

The trio’s new project The Rainforest Band – Peace to the Planet continues to spread the message of preservation for one of the world’s most delicate and endangered regions. The time is now, but the message is the same. We all need to do our part to save the planet.