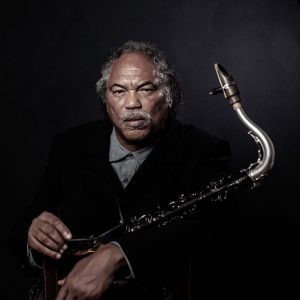 BACK BY POPULAR DEMAND – Trane’s transcendent album brought to life

For decades after the 1965 release of A Love Supreme, John Coltrane’s sublime meditation on the divine was rarely tackled by fellow jazz musicians, but the four-part suite has become something of a 21st-century standard.

There’s no saxophonist in the Bay Area better equipped to navigate Trane’s ecstatic flights than Richard Howell, an exploratory improviser who infuses every note he plays with the bedrock truth of the blues.

Richard Howell’s roots are deeply embedded in jazz music, the entire Howell household had no other choice than to listen to the wonderful recordings of Count Basie, and the radio was always tuned to the jazz stations.

Richard’s father purchased hundreds of jazz records and would expose his children to the proud accomplishments of what his father referred to as “the music of Africans of North America.” Whatever his father wanted to label it, Richard lived and breathed Jazz daily.

One day Mr. Howell Sr. came home with the music of John Coltrane and handed it to Richard along with his exclusive permission to use the stereo, triggering a long-time love affair …

John Coltrane remained a staple for Richard and musical inspiration for many saxophonists worldwide.