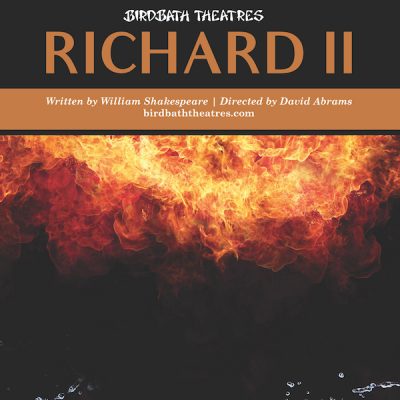 Richard II is a story of a young king who struggles with and indulges in the duties, pressures, and identity of being a divinely appointed leader.

Historically, Richard was a forward thinker. An advocate of the styles and ideals of the early Renaissance and a patron of Geoffrey Chaucer, he worked tirelessly to establish an English national identity through the use English language at court and in the arts.

However, his progressiveness and authoritarian way he went about making these modern changes, along with his lavish lifestyle, rubbed many of the noble class and peasantry the wrong way which contributed to his overthrow. The play focuses on the last two years of Richard’s life and reign.

Shakespeare’s play is not a strict or even accurate biography of the life of King Richard II, but in his words are timeless themes of how we relate to identity, morality, character, and how we relate to each other. It is in this timelessness where we set our play.

*A member of Actors’ Equity Association
An Equity-Approved Project

$24 – General  Admission
$20 – Student/Senior
No one turned away at the door for lack of funds. 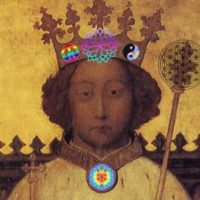