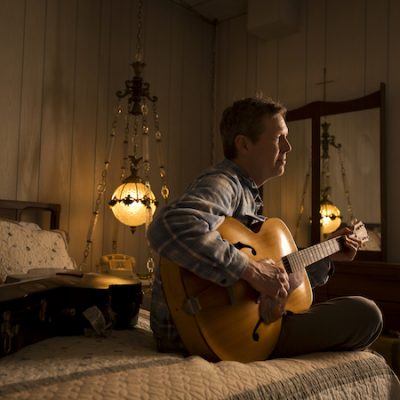 Enjoy a Sunday evening cookout concert in our beer garden with a double-bill of eclectic musicians!

Robbie Fulks plays by nobody’s rules–except the ones he hears in his head. He is prodigiously talented, with the soul of a country singer and the mind of a vaudevillian. Besides, his scorn for the music industry makes ours look positively prosaic. But don’t let that make you lose sight of THE SONGS.

Widely regarded by those who monitor such things as one of the most gifted songwriters to ever ply the trade, he can sing the kids ditty “Eggs” and Haggard’s “Sing a Sad Song” back to back and mean ’em both. While it is true he started off a honky tonk smartass, it quickly became evident that Robbie was a monster talent and some of his early Bloodshot albums have been rightly elevated to the status of “classic” and serve as their own Greatest Hits collections. Seriously.

Lost in the deserved accolades for being a fabulously unique, clever, and heartfelt writer is the fact that he’s also one of the best guitarists around. The chameleon-like tall guy can whip it out in honky-tonk, country, bluegrass, power pop, or whatever strikes his ample whimsy at the time.

Singer-songwriter Kelly McFarling pays homage to southern roots in Atlanta using a signature combination of clawhammer and traditional banjo playing. Moving to San Francisco gave her the inspiration to begin writing her own music and solidifying her original sound. McFarling explores territory outside the clear influences of folk, old time, bluegrass and country, creating an authentic blend that is equally at home at firesides or festivals. Her music reeks of transitions, and the ups and downs of choosing a life of shifting foundations in a place that is consciously existing in anticipation of the next big shake. McFarling’s music, like herself, occupies a place between places.

This event is all ages