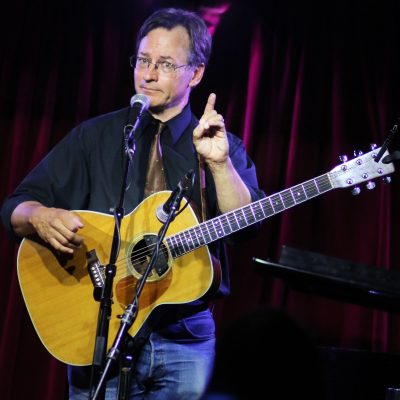 Satire, laughter and encouragement for progressive-minded people who need a lot of both in the Age of Trump.

Over twenty years on stages, screens and airwaves across America, Roy Zimmerman has brought the sting of satire to the struggle for Peace and Justice.

“Sometimes I think satire is the most hopeful form of expression,” says Roy,“because in calling out the world’s absurdities and laughing in their face, I’m affirming the real possibility for change.”

The world is full of funny songs, but Zimmerman’s hilarious, rhyme-intensive originals are also incisive calls to action, smart, savvy and undeniable. Roy’s songs are often played on progressive radio by Stephanie Miller, Bill Press, Randi Rhodes, Thom Hartmann, and others. His tunes are spun regularly by folk music DJs across the country and he’s a frequent guest on Sirius Radio’s syndicated show “West Coast Live.”

Roy’s songs have been heard on HBO and Showtime. He has recorded for Warner/Reprise Records. His YouTube videos have garnered over seven million views, and he’s a featured blogger for the Huffington Post. Zimmerman has shared stages with Bill Maher, Ellen DeGeneres, Robin Williams, Holly Near, Arlo Guthrie, John Oliver, The Roches, Andy Borowitz, The Chambers Brothers and George Carlin.

Zimmerman founded and wrote all the material for the comedy folk quartet The Foremen, who recorded for Warner/Reprise Records. The Foremen toured extensively, playing the nation’s major folk venues, a lot of fancy Progressive benefits, Pete Seeger’s Clearwater Festival, The Democratic National Convention and CBGB.

Roy and his wife Melanie have written hundreds of children’s songs for Disney, Warner Bros, Looney Tunes, McGraw and Hill and others. 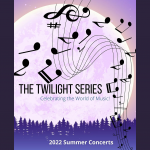