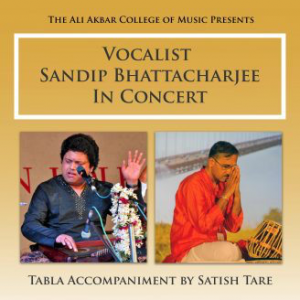 Born into a family with a deep rooted musical background, Sandip Bhattacharjee was initiated into music by his mother Smt. Krishna Bhattacharjee at the age of four and he continued his talim (training) under Smt. Amita Dasgupta later.

It was essentially here that Sandip was nurtured in the true guru shishya parampara system of training of the Kirana Gharana.

Now he is a senior musician scholar at the ITC Sangeet Research Academy, Tollygunge, Kolkata.

Children 10 and under are free