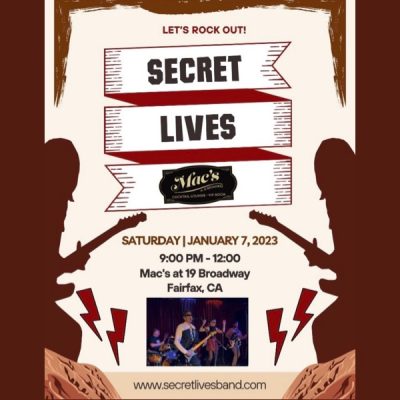 Gene Immendorf has spent the last thirty years writing and performing his own original songs. He grew up on classic rock and mixes in an 80s new wave style with his alternative rock guitar playing.

Raised in the San Francisco Bay Area, Gene has played with a variety of bands and musicians since grade school, including Intersection and The Gene Immens Project. He formed his original Secret Lives band in 2000 and released several CDs while performing all over Marin. In 2019 he re-formed this exciting new version of SECRET LIVES with vocalist Kristen Kohary, drummer Brian Fleischer, and bassist Ben Lang.