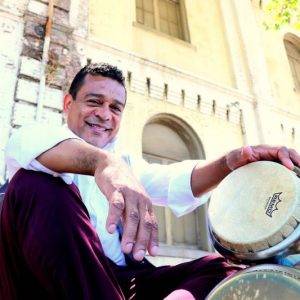 The Kanbar Center at the Osher Marin JCC presents the multicultural flavors, movement, live music and fun of the Winter Nights festival, with one of the hottest new Latin/Salsa bands in the Bay Area, Somos el Son.

Led by Peruvian-born vocalist and percussion master Braulio Barrera, who earned a Grammy Award for his work with the Pacific Mambo Orchestra, Somos el Son is a relatively new addition to the Bay Area Latin music scene.

A well-traveled and highly versatile musician who played cajón on Gustavo Santaolalla’s soundtrack for the 2004 film The Motorcycle Diaries, Barrera has attracted a world-class cast of players, including trumpeter and Pacific Mambo Orchestra co-founder Steffen Kuehn.

The evening begins with a pre-concert Salsa dance class from Santa Rosa Salsa to get you up and moving throughout the night and intermission will offer a dance presentation.  Cocktails and dinners available at 7pm from Epicurean Group’s  own on-site pop-up restaurant offering light Latin dinners.

Come shake off your winter blues with a joyful night of performance, dance and fun! 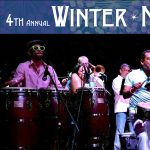 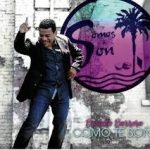 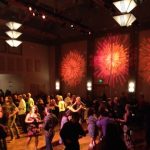