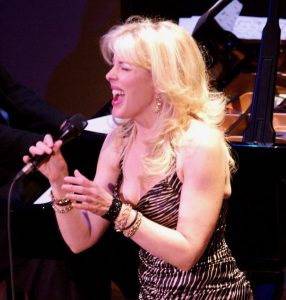 Sony Holland sings Linda Ronstadt‘s songs through the breadth of her illustrious multi-genre career, which encompasses Rock, Country, and Jazz, in an on-demand concert video.

Sony has headlined locally at Ricki’s, Throckmorton, Fenix, Sweetwater, and the Sausalito Art Festival. She opened for George Benson at Rodney Strong.

Sony has also headlined at Top of the Mark, Yoshi’s, and SFJAZZ. She completed a 3 year residency at the San Francisco Ritz Carlton. She has performed internationally in Thailand, Hong Kong, Japan, New York City, Paris, Nashville, Los Angeles, and Denver. Sony has recorded 7 albums.

She is accompanied on guitar by songsmith Jerry Holland, who penned the number one country hit “Friends” for John Michael Montgomery.

Note: The pandemic has been especially taxing for live music performers. Even though Friends Productions was involved in production of this show, they have opted to not take any of the proceeds. Funds contributed to the “tip jar” will go 100% to performer, Sony Holland.

Donate by credit card on the website, or with PayPal (sony@sonyholland.com) or Venmo (@Sony-Holland)

On-demand access at sonyholland.com (scroll down for embedded video)