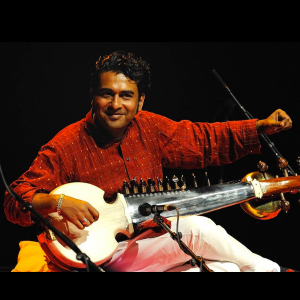 Sougata Roy Chowdhury is considered to be among the most talented sarod players of his generation.

Born in a Bengali artistic family, Sougata grew up in Santiniketan. His father, Prof. Sarbari Roy Chowdhury, was an eminent sculptor and also a great music connoisseur, with one of the most precious collections of Indian classical music in India today. Sougata’s mother, Smt. Ajanta Roy Chowdhury, is an Indian classical vocalist of the Agra Gharana.

Sougata has received mentorship from the Sarod legend Ustad Ali Akbar Khan. He is heavily influenced by him as he considers himself a devotee of him and admires him as a ‘God of knowledge’.

Sougata continues to research the late Ustad’s creations and artistry and respects his spiritual approach and path to the musical journey.

Advanced tickets only, no door sales.  Exact location information in Inverness, CA will be provided upon ticket purchase.  Doors do not open before 7 pm.