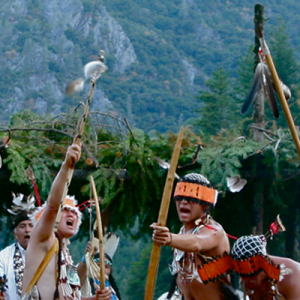 This series exposes threats to native peoples’ health, livelihood, and cultural survival in eight communities around the world. Rare verité scenes of tribal life allow indigenous people to tell their own stories—and confront us with the ethical consequences of our culture of consumption.

Further screenings of the Standing on Sacred Ground series are:
September 8 & November 17