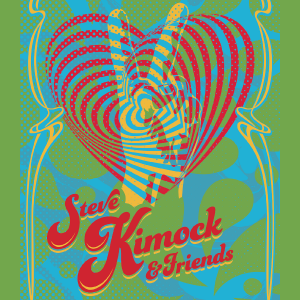 A master of improvisation for over four decades, Steve Kimock has been inspiring music fans with his transcendent guitar speak, voiced through electric, acoustic, lap and pedal steel guitars.

While one can say that his genre is rock, no one niche has ever confined him. Instead, through the years, he’s explored various sounds and styles based on what’s moved him at the time, whether it’s blues or jazz; funk or folk; psychedelic or boogie; gypsy or prog-­rock; traditional American or world fusion.

Jeff Chimenti is a keyboardist best known for his ongoing work with RatDog. He is also a member of the post-Grateful Dead bands The Dead and Furthur.

A native of the San Francisco Bay area, Chimenti has played in local jazz bands as well as Les Claypool’s Frog Brigade; he’s also played back-up for pop acts such as En Vogue.  He was playing in Dave Ellis’s jazz quartet when Ellis was hired to play saxophone in Ratdog. Ellis informed him that Ratdog was also looking for a new keyboardist.  Recently Chimenti has been on tour with Ratdog and is scheduled to perform with Phil Lesh and Friends.

Reed Mathis is an American composer, record producer, and multi-instrumentalist from Tulsa, Oklahoma. He is highly regarded for his innovative use of effected bass as well as his stylistic versatility. He records and tours with Tea Leaf Green, the Marco Benevento Trio, amongst other artists, and was a founding member of the Jacob Fred Jazz Odyssey, a group he co-led for fifteen years.