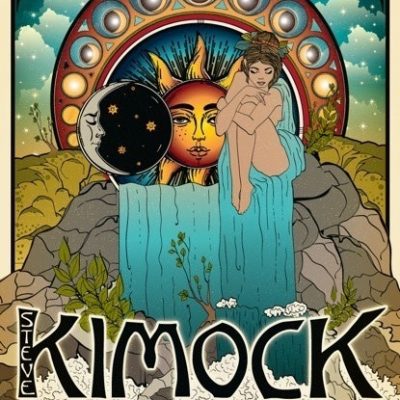 A master of improvisation for over four decades, Steve Kimock has been inspiring music fans with his transcendent guitar speak, voiced through electric, acoustic, lap and pedal steel guitars. He’s explored various sounds and styles based on what’s moved him at the time, whether it’s blues or jazz; funk or folk; psychedelic or boogie; gypsy or prog-­‐rock; traditional American or world fusion.

Once touted by Jerry Garcia as his “favorite unknown guitar player,” Kimock has also performed as part of Bob Weir’s Kingfish and toured in both 2007 and 2014 with RatDog, in addition to post-­‐Grateful Dead ensembles including The Other Ones, Phil Lesh & Friends, and the Rhythm Devils featuring Mickey Hart and Bill Kreutzmann. The guitarist has recorded and toured with Bruce Hornsby and worked extensively with Merl Saunders.

After taking some time away from his own band as part of Bob Weir’s Ratdog from 2013 to 2014, Kimock followed with the return of a rollicking, revamped Steve Kimock & Friends, widely regarded as the most exciting iteration of Kimock’s rock/dance band outfit since its inception. The ensemble, featuring bassist Vega, drummers Bill Vitt, Jay Lane and John Morgan Kimock, Dead & Company keyboardist Jeff Chimenti, guitar ace Dan “Lebo” Lebowitz, and singer Leslie Mendelson, hit a joyous crescendo during the Grateful Dead’s 50th anniversary year, thrilling music lovers with great grooves and carrying on a musical legacy in a jubilant atmosphere.