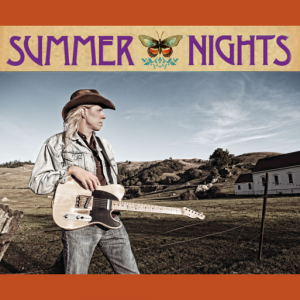 Danny Click and the Hell Yeahs! perform for the 27th Annual Summer Nights Series of live music, food, cocktails, dancing & fun for all ages on July 27, 2019 for a night of all original Americana Rock n Roll with hard driving guitar.

Click, a well-respected musician’s musician, was one of Austin’s best-kept secrets until his CD, Life Is A Good Place, was released in April, 2011 and spent more than 12 consecutive months on the Country, pop, and Americana radio charts.

A lot has changed since then including Click, moving to the Bay Area building a large and passionate local fan base including musical greats Carlos Santana and Elvin Bishop, who have both joined him on stage for impromptu jams.

The Hell Yeahs feature a round-robin roster of top-shelf musicians and with Danny at the lead, have played more than 200 sold-out shows over the past two years, and opened for legends Taj Mahal, Cake, Robert Plant, Mavis Staples, Sonny Landreth and JJ Cale.

So get ready, for an anything-can-happen mix of stellar songwriting alternating with blistering blues-rockin’ Americana in the tradition of the Texas greats. A refreshing return to smart, sassy blues-inflected country rock. Think Tom Petty crossed with Wilco, spiced with the southern tradition of Lucinda Williams and John Hiatt.

Pop up Restaurant with dinners, Peets coffee + snacks available on-site for purchase or bring a picnic.  Full Bar. Kid Zone with playground & hands on project.  Festival shopping made possible by Good Will Industries.

Dinners, food, drinks, snacks, Peets coffee, and a cocktails at the full bar available for purchase. Only low-backed, low seated chairs allowed on turf.  Tall chairs will be requested to move to the perimeter to the turf seating. No alcohol or glass allowed within venue. 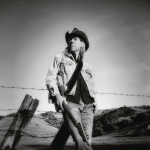 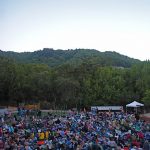