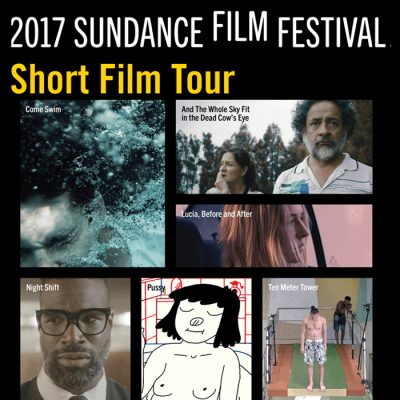 In Anu Valia’s Lucia, Before and After (Short Film Jury Award: US Fiction), a young woman waits out a state-mandated period before her abortion can proceed.

In Swedish filmmakers Maximilien Van Aertryck and Axel Danielson’s Ten Meter Tower (in Swedish with English subtitles), people who’ve never been up a 10-meter diving tower must choose whether to jump or climb down, in an entertaining study of people in a vulnerable position.