Sweetwater in the Sun 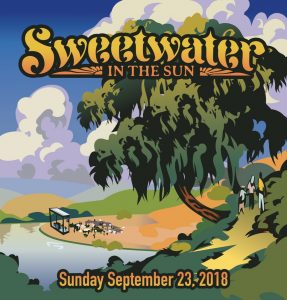 Join us at beautiful Stafford Lake Park in Novato for Sweetwater in the Sun, the first Sweetwater Music Hall Festival, a full day of live music, food & drink, and family fun!

A day full of music with performing artists….

A master of improvisation for over four decades, Steve Kimock has been inspiring music fans with his transcendent guitar speak, voiced through electric, acoustic, lap and pedal steel guitars.

With some ballads old, some brand new, and the whole history of the human condition in song to draw from, The Skiffle Players show no sign of relenting.

Jennifer Hartswick is one of the most exciting performers in music today. She inspires audiences all over the world with her powerful voice and commanding trumpet playing.

A woman of exceptional versatility and variety, the Nashville-based artist draws from the many musical genres at play in the city — a love of storytelling and substantive lyrics learned from country music, an affinity for finely crafted pop production, R&B’s commitment to an irresistible groove. Familiar elements all, but Maggie Rose combines them in a singular way.

For more than 30 years, Jerry Joseph has been strapping on a guitar and chasing down truth. Joseph is the archetypal musician’s musician, something resoundingly clear in his live performances.

Kids Grove Stage with music from:

Arann Harris and The Farm Band brings one part Muppets, one part summer camp and two parts American roots music, served on a bed of bacon grease and git-down.

Babes in arms (i.e., children who are not yet walking) are free