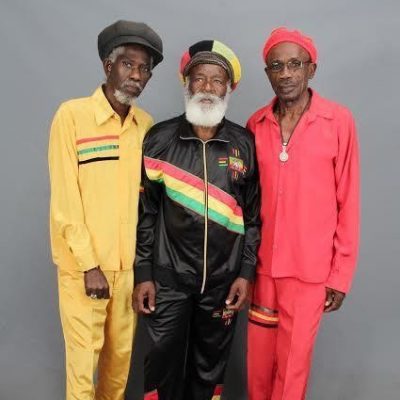 The roots harmony vocals trio the Abyssinians was formed in 1968 by founding members Donald Manning, Bernard Collins and Linford Manning. It was in 1969 with their release “Satta Massagana” recorded on Coxson Dodd’s Studio One label—a Rastafarian hymn based on the Ethiopian Amharic language, that launched them into the ranks of Reggae music greats. “Satta Massagana” became one of reggae’s most popular songs, becoming an anthem that was heard on the radios, in the dance halls and in the churches of Jamaica.

After a period of separation, in 2004 Donald Manning & Bernard Collins reunited on stage for the first time in over ten years along with singer David Morrison, performing on tour across Europe in the winter, at Colorado’s Reggae on the Rocks in the summer, and in December on a two week tour along the California coast.

“Satta Massagana” (meaning ‘give thanks’) is notable for its use of Amharic, the language of Ethiopia (Abyssinia). The Amharic is a result of Donald Manning’s Rastafarian influence on the group. Collins understands the struggle the Abyssinians still must endure to ensure the name is known and remembered. “Sometime them don’t even know what the word ‘Abyssinian’ mean. But if you say ‘Satta Massagana’ or ‘Declaration of Rights,’ they know the song.”

“An irresistible combo of pop, rock and reggae. Keep your eye on this band.”
–Dave Emery, Marin Independent Journal, January 2016

What started as three friends playing open mic nights and house parties has grown into a raucous five-piece band that never fails to put on a thrilling show.