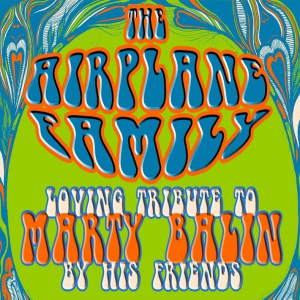 THE AIRPLANE FAMILY performs A Loving Tribute to MARTY BALIN

“Whatever happened to wishes wished on a star?” —Marty Balin

Marty Balin, the legendary founder and lead vocalist of Jefferson Airplane and hit song-writer of Jefferson Starship, passed away on September 27.

STATEMENT FROM SUSAN JOY BALIN AND FAMILY:
Marty had a historic career as Rock and Roll Hall of Fame inductee, Grammy Lifetime Achievement Award recipient, and platinum and gold solo artist. Balin also enjoyed painting all his life. He painted vibrant, large-scale portraits of many of the most influential musicians and good friends Janis Joplin, Jim Morrison, and Jerry Garcia, to name a few.

Marty’s fans describe him as having had a substantial impact for the better of the world: “One of the greatest voices of all time, a writer of songs that will never fade, and founder of the quintessential San Francisco band of the sixties.” His music is known for being the soundtrack to all of life’s monumental moments. 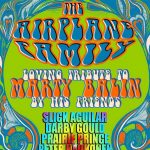