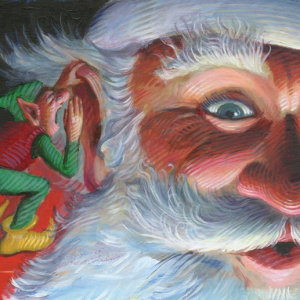 A momentary lapse of sanity that became an annual holiday tradition returns to Sweetwater — with discounts for those under 12 and over 65.

The Christmas Jug Band is invading Sweetwater for a return to the namesake that was the band’s main home turf for 20+ years.

This irreverent crew of stalwart purveyors of the jugabilly mystique is a seasonal assemblage of misfits of Commander Cody alumni & others from notable Bay Area musical aggregations such as Those Darn Accordions, The Moonlighters, Jesse Colin Young, and Elvis Costello.

What started as Wild Turkey-inspired momentary lapse of sanity is now, 5 albums (over 25,000 sold) & 35 years of fruitcakes later, an unconventional tradition of highly skewed merriment.

One never knows exactly what form this 100% acoustic folk-skiffle-swing jug band will take from one season to the next, but those who attend will get a guaranteed full dose of tongue-in-cheek holiday high jinks!

Spur-of-the-moment street corner appearances, instigated by Dan Hicks (Dan Hicks and the Hot Licks) around the same time also had a jug band instrumentation and included many of the same musicians. In late 1977, Dan Hicks was needed for a recording gig in Los Angeles. His jug-headed cohorts, regular entrants to the Open Mike, covered for him and hosted the event on December 19, 1977. Billed as “The Three Wise Men +4 -1 Jug Band,” this early cast of characters laid down their first holiday set of irreverent tunes. The owner of The Old Mill then suggested the band do a Christmas Eve gig. That show, which included Mr. Hicks, started the annual jug band performances.  A tradition was established and that momentary lapse of insanity is now a holiday mindset.