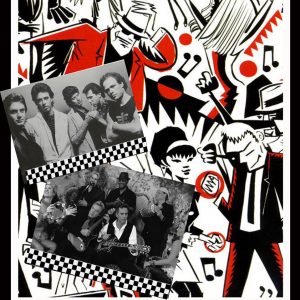 The San Francisco Music Club is a group of musicians and singers led by Jimmy Dillon and Lorin Rowan that bring elements of theater and an eclectic blend of songs both original and traditional, to the stage.

In his long and stellar career as an A-list sideman, Mill Valley’s own guitar hero Jimmy Dillon has toured the world with the late, great Clarence Clemons and shared stages with Sting, Springsteen, Dylan and Santana. Bonnie Raitt once called him “a bad-a** guitar player.”

Lorin Rowan has recorded and performed as a trio with brother’s Peter and Chris and currently as duo with Chris as well as solo; Lorin’s bands include Rattlebox (Progressive Americana acoustic jam band),and newest project Deep Blue Jam (Mandolin/Electric guitar based Americana/Rock/Worldfusion).

Lorin music gets currently placed on TV and film, such as NCIS, Sons of Anarchy, Young & Restless, to name a few. His song “Soldier of the Cross” is the title cut of Ricky Skaggs Grammy Winning Gospel/Bluegrass CD. Marty Balin sings his song “Gold” on “live” Jefferson Airplane(Starship) “Deep Space”.