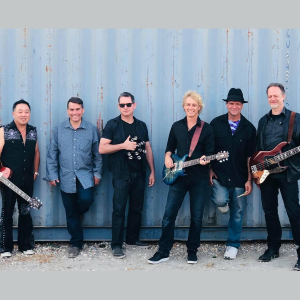 Tribute To The Legends of Rock!

Celebrate the legends of rock music’s greatest artists with The Marinfidels as they perform their spot–on renditions of songs by The Beatles, The Rolling Stones, The Who, Elton John, Steely Dan, ZZ Top, Led Zeppelin, Steve Miller, David Bowie,The Eagles, The Cure, Fleetwood Mac and so many more!

This Bay Area band has built an enthusiastic and loyal following of fans with their spot-on execution of killer classic and modern rock hits (that are cool and danceable), they have immediate appeal to both music lovers and partygoers alike.

Always fun and crowd pleasing, The Marinfidels’ extensive song list draws from artists including the Beatles, the Rolling Stones, Led Zeppelin, the Eagles, the Cure, Jimi Hendrix, David Bowie, U2, Oasis, Tom Petty and the Heartbreakers… and so many more!