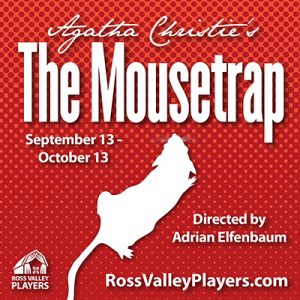 A snowstorm isolates a group of strangers at an English countryside inn. One of them is murdered. A policeman interrogates each suspect, and skeletons tumble out of closets…

The Mousetrap opened on October 6, 1952, in London’s West End and has run continuously since. Though Christie did not expect the play to run longer than eight months it sets the record for the longest consecutive run of any show anywhere. The Players will celebrate the milestone 67th year anniversary of the play at the Sunday. October 6 matinee performance.

Sun, Sep 15 – Join us for a celebration of Dame Agatha Christie’s birthday!

Talkbacks:  Sun, Sep 29 and Oct 6 – Discuss the show with the director and actors immediately following the matinee performance. On October 6, join the celebration of The Mousetrap’s 67th year anniversary in London’s West End.

Order tickets online or by phone 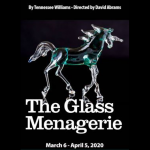