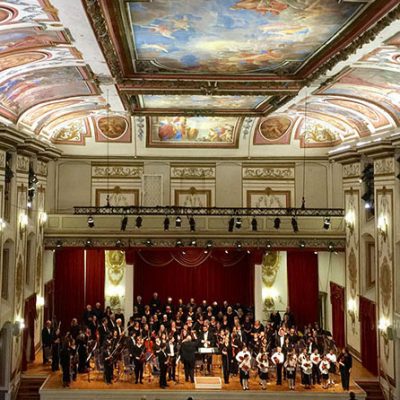 With four parts representing Spring, Summer, Autumn, and Winter, this was the second of Haydn’s two famous oratorios composed late in his career, following the success of his earlier The Creation which had become very popular in performance all across Europe.  The libretto by Baron Gottfried van Swieten was adapted from portions of a long poem by English poet James Thomson.

The Seasons is written for a fairly large orchestra according to late-Classical standards, a four-part chorus, and three vocal soloists.