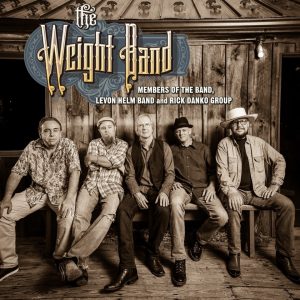 Featuring members of The Band, Levon Helm Band, & Rick Danko Group performing the songs of THE BAND — also with Jeffrey Halford & The Healers

The Weight Band originated in 2013 inside the famed Woodstock, New York barn of Levon Helm when Jim Weider and Randy Ciarlante — both former members of The Band — performed “Songs of The Band” with Band founder, Garth Hudson, alongside Jimmy Vivino and Byron Isaacs.

The Weight Band later added Albert Rogers (bass, vocals) and Michael Bram (drums, vocals) to make up their current lineup with Weider, Mitchell and Grebb. Together, after four years of touring, The Weight Band has recorded a new album of original material, capturing The Band’s musical tradition and packaged for today’s vibrant Americana base.

Prepare for an unforgettable performance and enjoy timeless hits like “The Weight,” “Up On Cripple Creek,” “Ophelia,” “The Night They Drove Old Dixie Down,” “Rag Mama Rag” and so many others.

Hear the most authentic presentation of The Band’s music performed on stage, and see why the Chicago Sun Times proclaimed “THE WEIGHT carries on where THE BAND left off.” Come and take a load off.

After high school he watched a legendary street band in San Francisco—Jimmy Ventilator and Harry Spider—playing Jerry Lee Lewis, Chuck Berry, Robert Johnson, and the Ventures. Halford convinced them that he should join the band. For more than a year, he cut his guitar chops on the street, playing to crowds in Chinatown and Union Square until the police closed them down.

Based in San Francisco over the last 15 years, he’s been touring the country with his band, the Healers. They’ve played shows with many acclaimed artists and songwriters. His original roots rock ‘n roll songs etch a uniquely American, and specifically California, landscape. 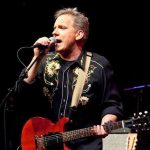