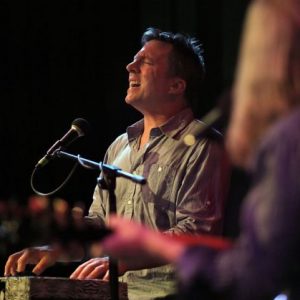 Tim Hockenberry is a versatile multi-instrumentalist singer and songwriter whose voice is reminiscent of Ray Charles, Joe Cocker, and Tom Waits.

Tim gained international fame when he performed and made it to the semi-finals (last singer standing) on AMERICA’S GOT TALENT in 2012. He is best known for his engaging and intimate cover versions of a variety of well known hits, and for some 20 years he’s made his living singing them in concert halls, living rooms, private events, and clubs.

In 2016, Tim moved from the Bay Area to Charleston, South Carolina.  The performance on August 19 will be a rare opportunity to see him perform where it all began, in Marin County.