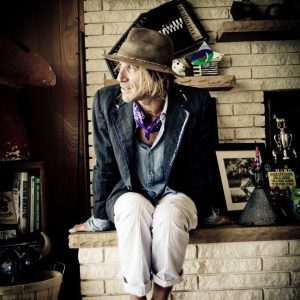 Todd Snider has said about his music:

I wanted every song to be as uniquely written as possible and then I wanted to perform them in a studio loose and rugged and hopefully as uniquely as I could. My hope is to be hard to describe and/or new … I’m not saying I am. I’m just saying that’s the hope.”

Reed Foehl began discovering the seeds of his talent as a young teenager, playing on the streets of Boston, beneath the grasshopper weather vane at Faneuil Hall.  He was encouraged by his parents and their own love of music. “My dad introduced me to many of the artists that still move me today. Folks like John Prine and Steve Goodman,” Reed recalls. In his late teens, he emerged as not only a talented performer, but a great songwriter, too.

After 10 years as the front man for Acoustic Junction, a Colorado cult jam-band of the 90s, he got off the road when his son was born, and his father succumbed to cancer not long after, which was a huge loss. He treated his emotion as something intensely sacred, and poured it into his songwriting.

The choices Reed has made earned him the respect of his industry peers on one hand, and his loved-ones on the other. Today, his son is on the verge of striking out on his own as a young man, and the sadness of losing Reed’s own father has become a celebration of his life.  The release of his last album Lost in the West, and a new hunger to return to the road, heralds the beginning of a new chapter for Reed. 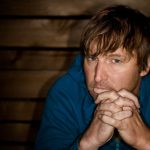