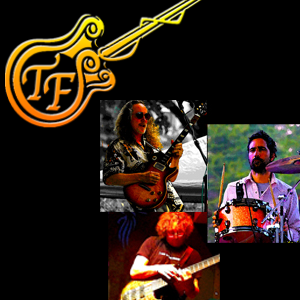 Tom Finch Trio – featuring Anna Pfeifer on Bass and vocals and Marc Carmi Smith on drums – plays a unique blend of Blues, Roots-Rock and world flavors to create what they call “Progressive Americana”.