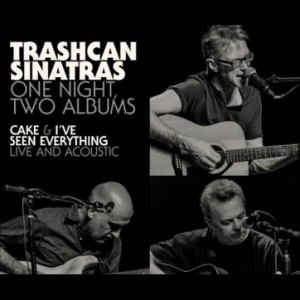 The Trashcan Sinatras are excited to announce an acoustic club tour of North America, where they will play not one, but two albums in their entirety.

The three piece lineup will perform their 1990 debut album Cake, as well as their 1993 follow-up, I’ve Seen Everything, which sees its 25 year anniversary in 2018.

The band will fill out their sets with a selection of other songs from their catalog, which vary from show to show.

The band will be supported by San Francisco based singer-songwriter James Oakes, who will perform an acoustic set. James plays both solo and with his band, The Bellows.

James has shared the stage with many of his own influences such as Richard Butler (Psychedelic Furs), Lloyd Cole, The Chameleons UK, Marty Wilson Piper (The Church), Ian McNabb (Icicle Works), David Gray, I Am Kloot, The Bible, The Sun & the Moon, and others.

He has recorded three albums and is currently working on a new one.