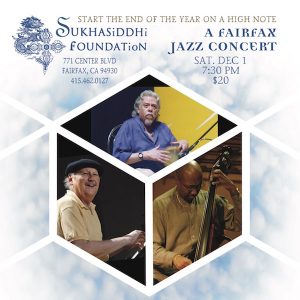 Vince Delgado is a master percussionist and composer who has played music for over sixty five years. He is a jazz musician, Middle Eastern musician and has studied classical North Indian music extensively.

He was the executive director of the Ali Akbar College of Music in 1968 under the guidance of the great sarodist Ali Akbar Khan.

He has appeared on Saman Yolu Television in Istanbul with renowned oud player Necati Celik; in Paris, US and Canada with Zakir Hussain, in India with John McLaughlin, in the San Francisco Bay Area with many jazz artists including Larry Vuckovich, John Santos, John Handy, and Eddie Marshall.

This dynamic, world-class trio with Larry Vuckovich on piano and Jeff Chambers on bass will perform a program creative music ranging in style from Balkan and Middle Eastern to Swing, Bebop, Latin, Blues, Bossa Nova and more. 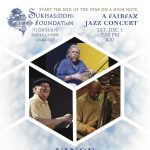 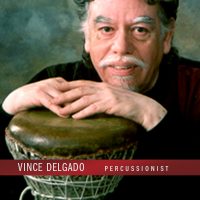