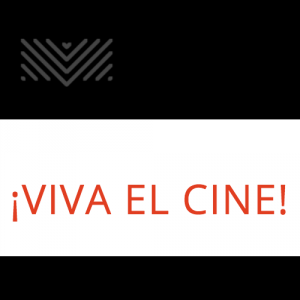 These public screenings create a unique community where history, culture, and identity can be explored through the magic of movies.

With new stories from Mexico, Colombia, Cuba, Chile, Spain, Argentina, and the US, ¡Viva el Cine! presents images of Latinos that are authentic and diverse, reflecting upon the civilization and stories of our neighbors to the south.

LOS ADIOSES – MEXICO
From Mexican filmmaker Natalia Beristáin comes this riveting biopic of Rosario Castellanos, one of the most important literary voices to emerge from 20th century Mexico.

EL ÁNGEL – ARGENTINA | SPAIN
On the cusp of a sexual awakening, 19-year-old Carlitos meets a handsome classmate, the son of a gun-toting father, and quickly graduates from adorable burglar to full-on sociopath.

BIRDS OF PASSAGE – COLOMBIA | DENMARK | MEXICO
The escalating power struggle between two Wayuu clans in this drama based on an incredible and surprising true story that feels as timeless as a Shakespearean tragedy.

COLLISIONS – US
The devastating impact of the United States’ increasingly draconian immigration policy falls on one family in this breathtaking and timely first feature.

ERNESTO – JAPAN | CUBA
Japanese-Bolivian medical student Freddy Maemura Hurtado travels to Cuba in 1962 to become a doctor, but instead joins Che Guevara’s guerrilla army to fight alongside his hero in this powerful, anti-war biopic.

FROM MEXICO, CON AMOR (FAMILY SHORTS PROGRAM) – MEXICO
As part of our ¡Viva el Cine! initiative, this eclectic collection of short films is brought to us by our friends and neighbors in Mexico, in collaboration with the Festival Internacional de Cine de Morelia.

HARVEST SEASON – US
Meet the people who prune, bud, harvest, sample, press, and blend grapes from wood vine to bottle and bring together the extraordinary tastes of some of the world’s great wines produced in our neighboring Napa Valley.

MUSEO – MEXICO
Inspired by a notorious 1985 art heist that resulted in the theft of more than 100 Mesoamerican and Mayan artifacts from Mexico’s National Museum of Anthropology, Museo follows perpetual students Juan (Gael García Bernal) and Wilson (Leonardo Ortizgris), the unlikely culprits behind the scandal that rocked a nation.

ROMA – MEXICO | US
An emotional epic, filmed (by Oscar® winner Alfonso Cuarón himself) in beautiful black and white with hat tips to Renoir and Fellini.

SERGIO AND SERGEI – CUBA
Based on a true story, Sergio, is a young Cuban art professor and ham radio operator circa 1991 as Fidel Castro proclaims the continuation of the Cuban Revolution over the radio, even as the Soviet Union collapses. Sergio eagerly reaches out to the wider world, making friends on both sides of the Cold War, including Sergei, a Soviet cosmonaut orbiting alone on the Mir space station, and Peter, an American journalist in New York.

THE SILENCE OF OTHERS – SPAIN
This award-winning and poignant documentary, executive produced by Pedro and Agustín Almodóvar, illustrates how a grassroots effort to bring those guilty of crimes against humanity to justice blossomed into a national movement of remembrance and, ultimately, forgiveness, years following the death of Spain’s General Franco in 1975.

TOO LATE TO DIE YOUNG – CHILE | BRAZIL | ARGENTINA
On the cusp of her blooming sexuality, 16-year-old Sofía (Demian Hernández in an arresting screen debut) relies upon on her younger peers for youthful exploration and companionship.

VIRUS TROPICAL – COLOMBIA | ECUADOR
This exquisitely animated coming-of-age tale, based on the graphic novel memoir by Colombian-Ecuadorian artist Power Paola, follows Paola from her conception to the trials and tribulations of young adulthood.