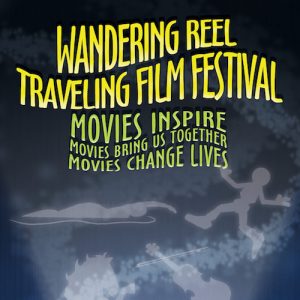 “Charlie”
Four decades after hijacking a plane to Cuba to avoid charges of killing a state trooper, a former black power militant reflects on his past in a letter to his nine-year-old Cuban son.
Documentary ~ 13 minutes

“Fantassut/Rain on the Borders”
11,000 refugees have been stranded for months in the Idomeni refugee camp on the Greek/Macedonian border. This short documentary is a glimpse of their lives in a forgotten twilight zone, as they wait for the European borders to open.
Documentary ~ 15 minutes

“Laps”
On a routine morning, a woman on a crowded New York City subway is sexually assaulted in plain sight.
Narrative ~ 6 minutes

“Anna”
It’s a hot summer’s day, and for the first time in years Anna, the sewing workshop worker, unexpectedly finds herself alone, without her son. She sets out for a free night, roaming the streets of her small desert town, looking for a man who can touch her, even just for one brief moment.
Narrative ~ 24 minutes

“The Sugaring Off”
Bernard is an austere man whose sole occupation is to care for his beloved Line, who is very ill. Their son organizes a sugaring off party that forces Bernard to reconnect with the exhilaration of spring.
Narrative ~ 14:57 minutes

$10 suggested donation at the door