Why There Are Words: Witness 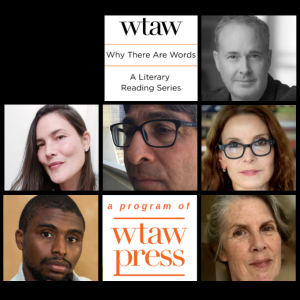 Bear witness to a spectacular evening of readings on the theme of “Witness.”

Join Why There Are Words and bear witness to a spectacular evening of readings, as six acclaimed authors read on the theme of “Witness.”

For more details, including the authors’ full bios, see our website. The reading series is a program of WTAW Press.

Tim Fitts is the author of two collections of short stories, Hypothermia (MadHat Press, 2017) and Go Home and Cry for Yourselves (Xavier Review Press, 2017), and his work has been published by Granta, The Gettysburg Review, Shenandoah, and Fugue, among many others.

Stephen D. Gutierrez is the author of The Mexican Man in His Backyard, Stories & Essays (Roan Press, 2014), and Elements, Live from Fresno y Los (Bear Star Press, 2009), which won an American Book Award. He is currently a Pushcart nominee for recent work that appeared in Chicago Quarterly Review and The Nasiona.

Susan Hayden is the author of the novel, Cat Stevens Saved My Life, a finalist in the inaugural Amazon Breakthrough Novel Award with Penguin Press. Her poetry, stories, and plays have been featured in Los Angeles in the 1970s (Rare Bird Lit, 2016), I Might Be The Person You Are Talking To: Short Plays From The Los Angeles Underground (Padua Playwrights Press, 2015); and The Black Body (Seven Stories Press, 2009).

Keenan Norris’s chapbook By the Lemon Tree was recently published by Nomadic Press in September of 2018. His novel Brother and the Dancer (Heyday, 2013) won the 2012 James D. Houston award. His essays have appeared in the Los Angeles Review of Books as well as Boom: a journal of California.

Soma Mei Sheng Frazier’s third prose chapbook, Don’t Give Up on Alan Greenspan (Cutbank, 2019), was selected as the winner of CutBank’s 2018 contest. Her previous chapbooks include Salve (Nomadic Press, 2016) and Collateral Damage: A Triptych (RopeWalk Press, 2013).

Tracy Winn is the author of Mrs. Somebody Somebody (2010) from SMU Press and Random House, which won the Sherwood Anderson Foundation. Her most recent stories can be found in the Harvard Review and Waxwing Magazine, and have been honored with nominations for the Best of the Net and the Pushcart Prizes,

Why There Are Words (WTAW) is an award-winning national reading series founded in Sausalito in 2010 by Peg Alford Pursell, now expanded to seven additional major cities in the U.S. The series draws a full house of Bay Area residents every second Thursday to Studio 333, Sausalito. The series is a program of the 501(c)(3) non-profit WTAW Press. 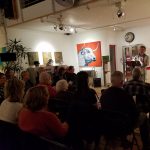 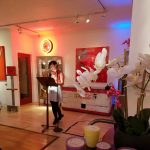 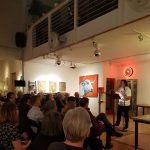 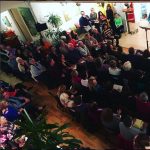