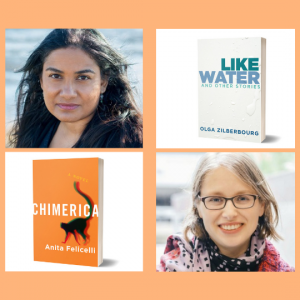 Join us in Sausalito for a special book release celebration of our 2019 titles. Free!

Chimerica: A Novel by Anita Felicelli

This event is part of WTAW’s Why There Are Words Literary Reading Series, now in its 10th year of bringing authors and community together in Sausalito. Doors open at 7pm, event begins at 7:15.

The celebration will include readings from each author, a panel discussion with WTAW director and publisher Peg Alford Pursell, and book signings by the authors to follow. There will be cake, delectable treats, and adult beverages.

The event is free and open to the public.

Anita Felicelli is the author of Chimerica: A Novel (WTAW Press, Sept. 5, 2019), and the short story collection Love Songs for a Lost Continent (Stillhouse Press), which won the 2016 Mary Roberts Rinehart Award. Her fiction has appeared in The Normal School, Joyland, and The Rumpus, and her essays and reviews have appeared in the New York Times, Slate, SF Chronicle, Los Angeles Review of Books, and Electric Literature. She is a graduate of UC Berkeley and a member of the National Book Critics Circle and a Voices of Our Nations alumni. She was born in South India and grew up in the Bay Area, where she lives with her spouse and three children.  Her writing has received praise from Jonathan Letham, Kelly Luce, Laura Van Den Berg, among others.

Olga Zilberbourg is the author of three Russian-language story collections, the most recent of which was published in Moscow in 2016. Her English-language fiction and criticism have appeared in Alaska Quarterly Review, Narrative Magazine, the San Francisco Chronicle, The Common, and Electric Literature. Born in Leningrad, USSR, she came of age during the country’s disintegration, and was among the first in a wave of post-Soviet youth to study abroad and in the United States. She attended the Rochester Institute of Technology, the Goethe Institute in Germany, and San Francisco State University, where she earned an M.A. in Comparative Literature. She has worked as an associate editor at Narrative Magazine and lives in San Francisco with her husband and two children. Like Water and Other Stories has received advance praise from Peter Orner, Anthony Marra, Karen E. Bender, among others.

Peg Alford Pursell is the founder, director, and publisher of WTAW Press and Why There Are Words Literary Reading Series. She is the author of A Girl Goes into the Forest (Dzanc Books, July 2019) and Show Her a Flower, A Bird, A Shadow, the 2017 INDIES Book of the Year for Literary Fiction. 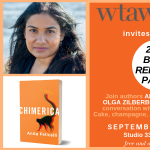