Zach Deputy w/ Magic In The Other 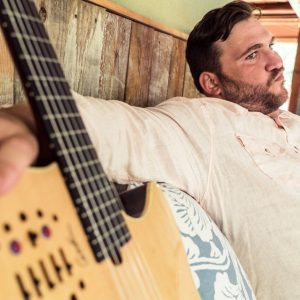 Double bill of genre-busting bands blending everything from hip-hop, funk, and folky pop with soca and calypso – or rock and roll with jazz and West African rhythms, a classical compositional approach and North Indian improvisational intensity

In making his fourth album Wash It in the Water, Zach Deputy dreamed up a sunny and soulful new sound that fuses hip-hop, funk, and folky pop with the spirited rhythms of soca and calypso.

With that sound embodied by the album’s brightly melodic and richly textured title track, Wash It in the Water finds the Georgia-based singer/songwriter/multi-instrumentalist mining his Puerto Rican and Cruzan heritage for inspiration. “Because of the music I was raised on, I’ve always heard rhythm in a very tropical, Latin-esque way—it’s something that resonates in the deepest parts of me,” says Deputy, who grew up in South Carolina. “When I was a kid my grandma would play a lot of salsa and soca and make me get up and dance to it, so in a way this is me putting my own spin on all that and bringing those sounds into a whole new era.”

Magic In The Other is:

Magic In The Other was born out of the idea that it is in the unknown where the most potent ground lays for magic and discovery. It is from this notion that this fresh-on-the-scene trio from Oakland, CA sets out to connect with their listeners, creating a mentally-stimulating, emotionally-resonate, highly-danceable, and distinctly-transformative experience where everyone feels just a little more magical.

It may be difficult to pin the band down to a specific genre, however, traces can be detected. Be it the rhythmic sophistication of jazz and West African music, the unrestrained spirit of rock n’ roll, the compositional approach of western classical music, or the improvisatory intensity of North Indian ragas, the magic of the band ultimately lies in the skilled fusing of all of the above (and beyond) to create a sound fresh and unique all its own. 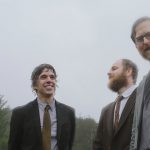