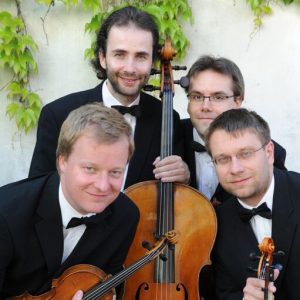 Founded in 1994 while the members were still students, the Zemlinsky Quartet has become a much lauded example of the Czech string quartet tradition.

In the season 2016/17, Zemlinsky Quartet was appointed as the residential ensemble of the Czech Chamber Music Society.

Tickets are available for purchase online or at the door. Ticket sales begin at 4:30 pm, day of concert. Arrive early to ensure a good seat!

A season subscription for five concerts is just $120 general or $90 for 3 of the 5 concerts of your choice.