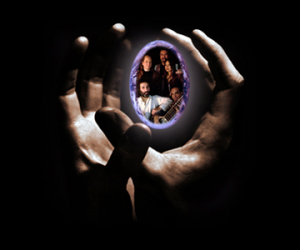 One Band, Many Flavors

Ancient Future is the first and longest running musical organization dedicated exclusively to the mission of creating world fusion music. The term was coined by bandleader Matthew Montfort in 1978 to describe Ancient Future’s unusual blend of musical traditions from around the world. BILLBOARD calls the group "trendsetters" for their early contributions to the movement, which seeks to show how people from different cultures can grow by learning from each other.

The music of Ancient Future is an exhilarating fusion of exciting rhythms and exotic sounds featuring virtuoso musicians from around the globe. Their music combines contemporary jazz and rock with the irresistible rhythms of Africa, Bali, India, the Middle East and South America, the rich harmonies of European classical music, and the melodic knowledge of the whole world.

If the members of the United Nations formed a world-fusion band, it might look and sound a little something like Ancient Future. — Ryan Allen, Leo Weekly, Louisville, Kentucky