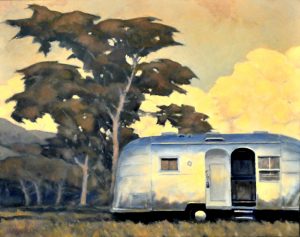 Jon was born and raised in Laguna Beach, an early California art colony of Plein Air Painters. He earned his Bachelor of Professional Arts at The Art Center College of Design in Los Angeles.