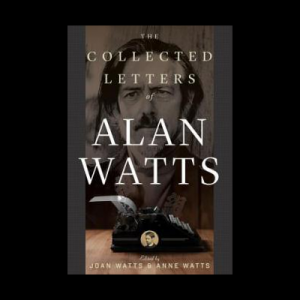 The Collected Letters of Alan Watts

Philosopher, author, and lecturer Alan Watts (1915-1973) popularized Zen Buddhism and other Eastern philosophies for the counterculture of the 1960s. Today, new generations are finding his writings and lectures online, while faithful followers worldwide continue to be enlightened by his teachings. The Collected Letters of Alan Watts reveals the remarkable arc of Watts’s colorful and controversial life, from his school days in England to his priesthood in the Anglican Church as chaplain of Northwestern University to his alternative lifestyle and experimentation with LSD in the heyday of the late sixties. Watts’s letters were curated by two of his daughters, Joan Watts and Anne Watts, who have added rich, behind-the-scenes biographical commentary.

Ruth Fuller Sasaki and Sokei-an Shigetsu Sasaki: two pioneers of Zen in the West. Ruth was an American with a privileged life, even during the height of the Great Depression, before she went to Japan and met D. T. Suzuki. Sokei-an was one of the first Zen priests to come to America; he brought the gift of the Dharma to the United States but in 1942 was put in an internment camp. Together they created the First Zen Institute of America and helped birth a new generation of Zen practitioners: among them, Alan Watts, Gary Snyder, and Burton Watson.