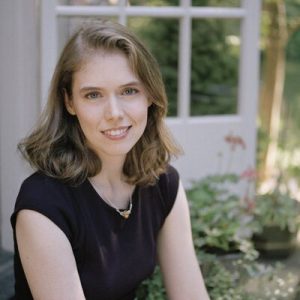 Madeline Miller discusses her retelling of the story of the Greek goddess, recasting the infamous figure as a hero

“A bold and subversive retelling of the goddess’s story, Circe manages to be both epic and intimate in its scope, recasting the most infamous female figure from the Odyssey as a hero in her own right.”
–Alexandra Alter, New York Times

With unforgettably vivid characters, mesmerizing language and page-turning suspense, #1 New York Times Bestseller Circe is a triumph of storytelling, an intoxicating epic of family rivalry, palace intrigue, love and loss, as well as a celebration of indomitable female strength in a man’s world.

Madeline Miller was born in Boston and attended Brown University where she earned her BA and MA in Classics. She lives in Narbeth, PA with her husband and two children. The Song of Achilles was awarded the Orange Prize for Fiction and has been translated into twenty-five languages.