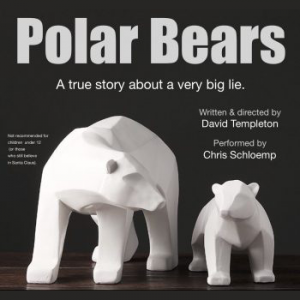 Presented by Actors Basement at The Belrose

A true story about a very big lie

‘Polar Bears,' written and directed by David Templeton ('Wretch Like Me," 'Pinky,' 'Mary Shelley's Body') and performed by Chris Schloemp, is a poignant and hilarious one-actor tour-de-force about family, fatherhood, Christmas, cookies, love, loss, holiday decorations, and the age old parental question, “Is there a right time for my kids to stop believing in Santa Claus?”

“Laced with fun and humor, ‘Polar Bears’ is a beautifully crafted show, that will bring laughter and tears, usually at the same time. ’Polar Bears’ grabs at the heart and tickles the funny bone, a perfect mix for the holidays. It gives us another reason for the season - belief in the power of love.”
—Suzanne Angeo, Sonoma County Gazette