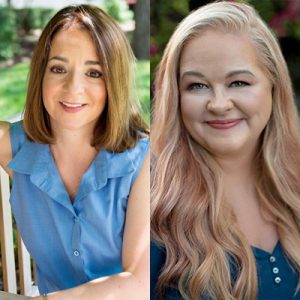 Vividly rendered and inspired by true events, The Lost Girls of Paris shines the light on the incredible heroics of the brave women of the war, and weaves a mesmerizing tale of courage, sisterhood, and the great strength of women to survive in the hardest of circumstances.

Pam Jenoff is the author of several novels of historical fiction, including the New York Times bestseller The Orphan’s Tale. She holds a bachelor’s degree in international affairs from George Washington University and a master’s degree in history from Cambridge, and she received her Juris Doctor from the University of Pennsylvania. Jenoff’s novels are inspired by her experiences working at the Pentagon and also as a diplomat for the State Department handling Holocaust issues in Poland.

An immersive, heart-wrenching story, The Huntress illuminates the consequences of war on individual lives, and the price we pay to seek justice and truth.

Kate Quinn is a native of Southern California. She attended Boston University, where she earned bachelor’s and master’s degrees in classical voice. A lifelong history buff, she is the New York Times bestselling author of The Alice Network, and has also written four novels in the Empress of Rome Saga and two books set in the Italian Renaissance detailing the early years of the infamous Borgia clan. All have been translated into multiple languages.