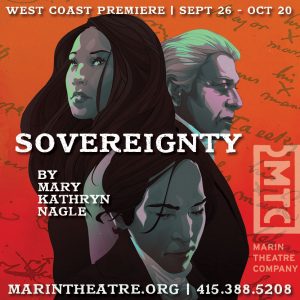 Window on the Work: "Sovereignty" by Mary Kathryn ...

Behind the scenes discussion of “Sovereignty” by Mary Kathryn Nagle

Sarah Ridge Polson, a young Cherokee lawyer fighting to restore her Nation’s jurisdiction, confronts the ever-present ghosts of her grandfathers.

With shadows stretching from 1830s Cherokee Nation (now present-day Georgia) through Andrew Jackson’s Oval Office, along the fateful Trail of Tears, to the Cherokee Nation in present-day Oklahoma—Sovereignty travels the powerful intersections of personal and political truths; bridging our country’s distant past and imminent future.

“At a time when the current President of the United States thinks that the Trail of Tears is nothing more than a joke he can use as a political weapon, it is critical that Americans learn about the attempt, and failure, of President Andrew Jackson to completely eradicate my Nation and all Cherokee Nation citizens on the Trail of Tears. We are still here today, and I am so thankful that Marin Theatre Company is giving me the chance to share a story that most Americans have never heard.” —Mary Kathryn Nagle